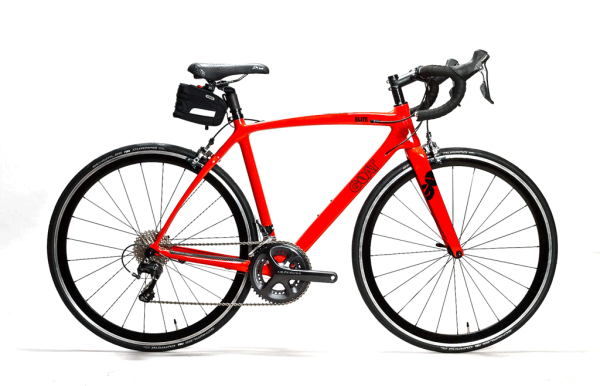 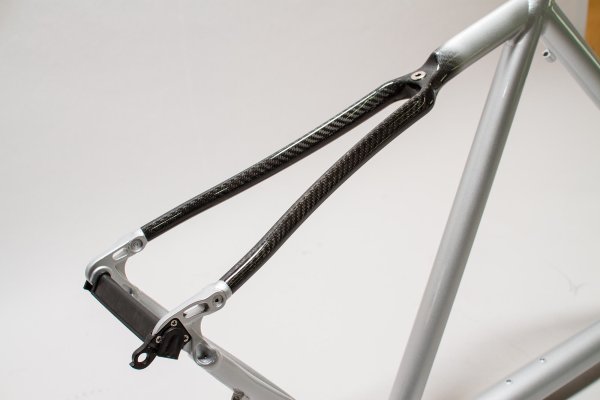 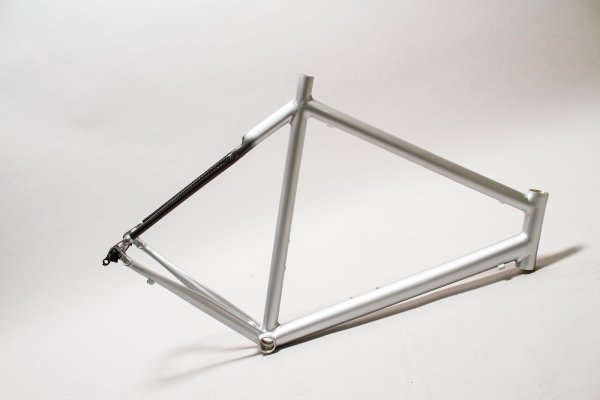 Latest Goat Bike with the Vivax Assist motor installed; this one in Azure Blue and with the battery installed in the water bottle. The model is the 'Race' - road bike. 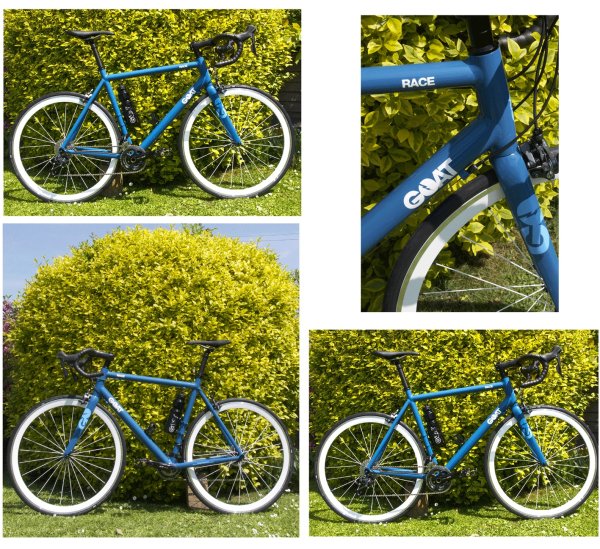 ITV Sports News, covering another angle of Mechanical Doping in cycling, and expressing a few concerns as to their detection at professional competitive level, and especially with the Tour de France looming.

We are the sole UK Distributor for the Vivax Assist Kit, and whilst it has now been confirmed that it was this kit that was discovered in the bike of Femke Van den Driessche at the 2016 Cyclocross World Championships in Zolder, the Vivax Assist was not originally designed to be hidden for the sake of any deception. That being said, the practical design of the motor being housed in the down tube, and the battery pack carried in either a water bottle or saddle bag, has made it prime fodder for would-be cheats.

GOAT Bikes wishes to express that it in no way condones cheating of any kind, at any level of performance, but is happy to be able to provide an electric motor kit which has many positive advantages.

In retaliation to those that use electric motors in their bikes for cheating, here are 11 reasons we promote GOATS !!

1. Inclusion not Illusion. GOATS level the playing field for cyclists of different abilities to ride together in a group.
2. GOATS can get you to a ‘road-less-travelled’, extending your endurance, and your day out whether on or off road.
3. GOATS make you smile, even on the hills. The true hybrid machine assists; it doesn't take over completely, but makes conquering the heights possible.
4. GOATS do a big favour for the environment - every time the car is left in the garage, there is a potential saving of - “24 pounds of carbon dioxide and other global-warming gases for every gallon of petrol”.
5. GOATS save on fuel/transport costs.
6. GOATS can get you from A to B smoothly and quickly, getting you there sweat-free too, whilst cars stand still in busy traffic.
7. GOATS can take some of the hard work out of that long cycle to work and back.
8. GOATS can help you to get a healthier workout by keeping the heart rate at an even cadence. Just what the doctor ordered!
9. GOATS love the mountains - and so do we.
10. The EMTB GOAT comes into its own on a mountainside with steep, rootsy climbs and fast forest technical descents.
11. The e-Road GOAT comes into its own on those long, gruelling climbs.

ITV News interview about the motor hidden in the frame - asking how likely it would be for such a motor to go unnoticed at competition level.

ITV flew in a specialist from the Netherlands with an infra red heat-sensitive camera - a FLIR - some £30,000 worth of kit!

The footage is scheduled for ITV News Wednesday 27th april at 6:30pm and then again at 10pm. 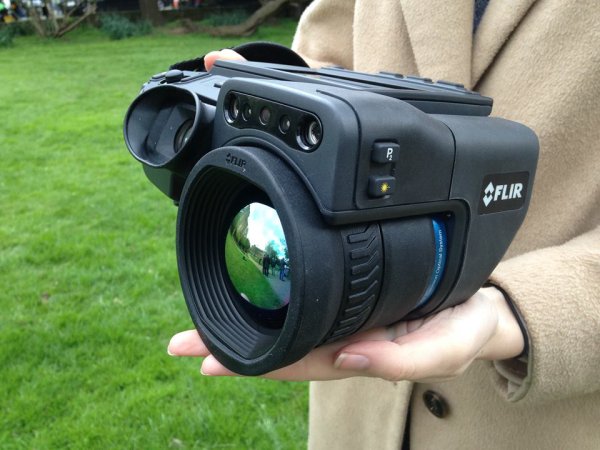 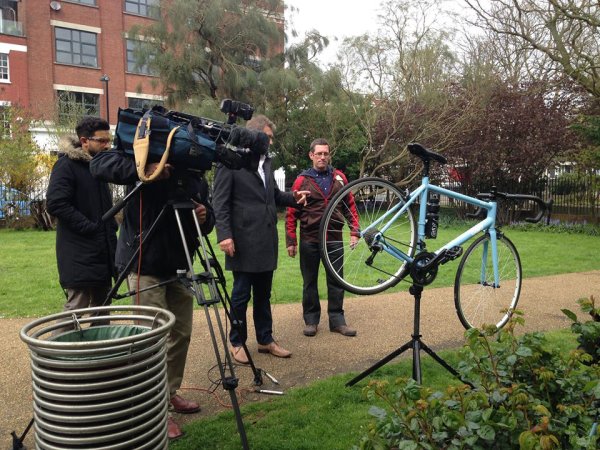 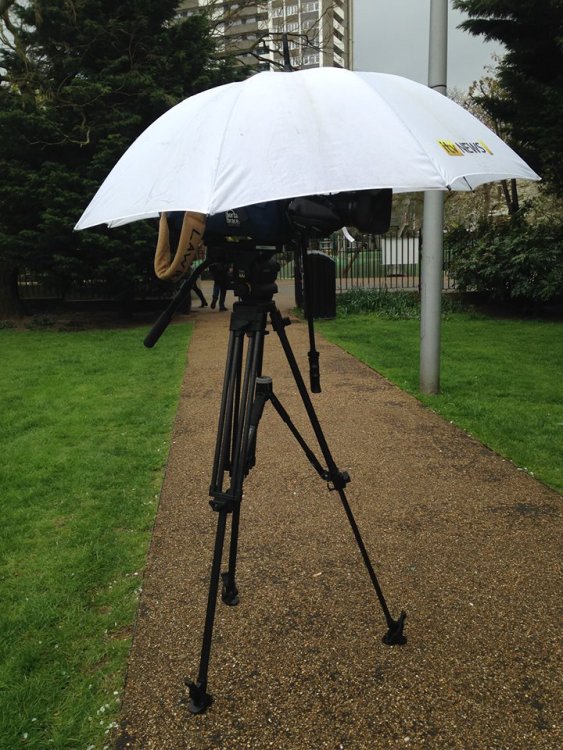 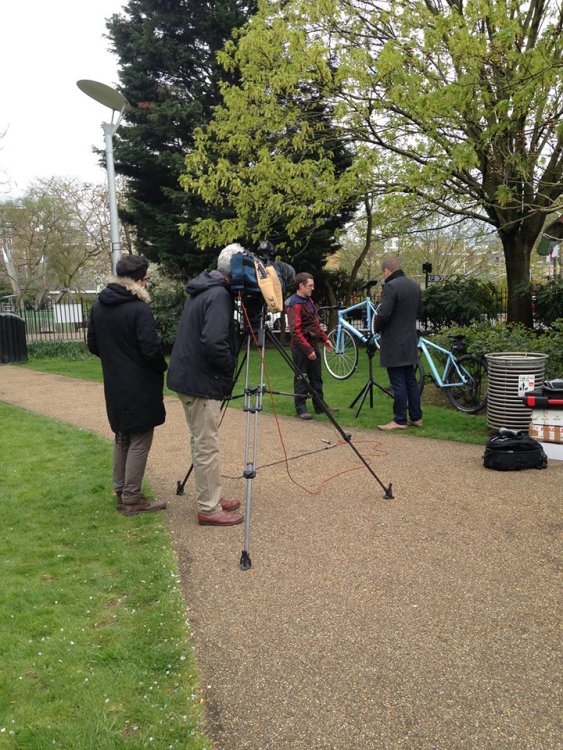 Another video review - this time of the GOAT Track 29'er E-MTB - from Global Mountain Bike Network.
Looked like the boys from GCN and GMBN had a lot of fun making the video. Cheers guys for an excellent review......
....but we have a sneaky suspicion that the motor was reset to a very low cadence!
When the bike arrived back from the demo, the cadence had been reset to 48rpm instead of 86rpm, which is what it was set at when delivered. Wish I'd been there to oversee it!

If it had of been tested at the same cadence as when they had the back wheel lifted off the ground (at 1:07 to 1:17 in the vid) the assistance level would be low because these guys would be pedalling at a higher cadence than the motor much of the time. 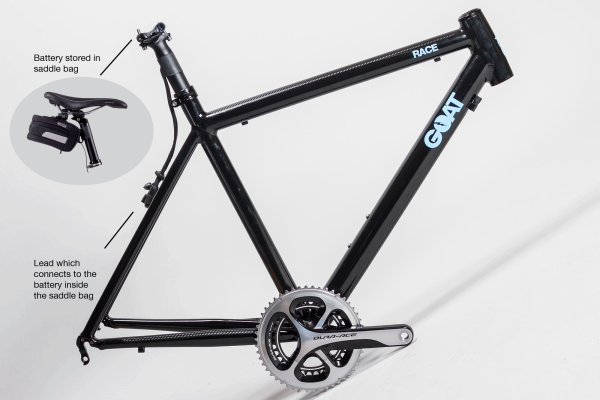 26th February 2016
Global Cycle Network (GCN) is a Youtube channel with over 1/2 a million subscribers.
They tested the GOAT Race road bike on the Mendip Hills.
The GOAT Race is fitted with the Vivax Assist.
See them in action below.

2nd February 2016
Cyclist Magazine- ' Motor doping is happening, and we've tested it'
'Cyclist has tested the technology that was used to cheat at the Cyclocross World Championships - concealed motors.'[/b] 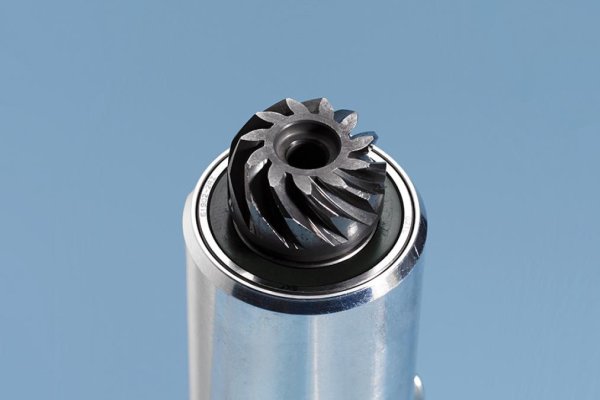 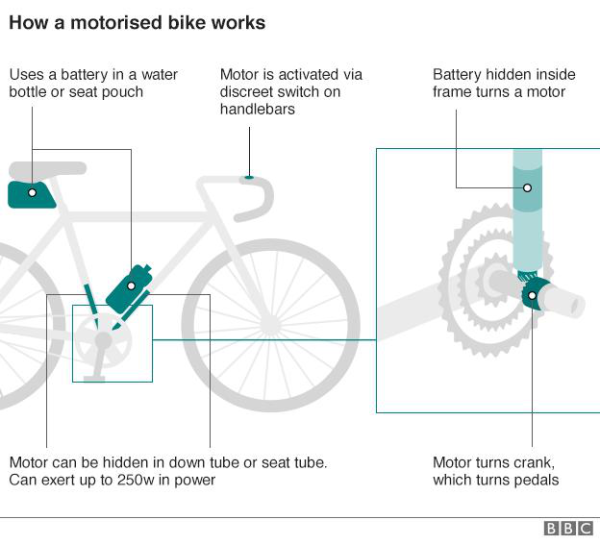 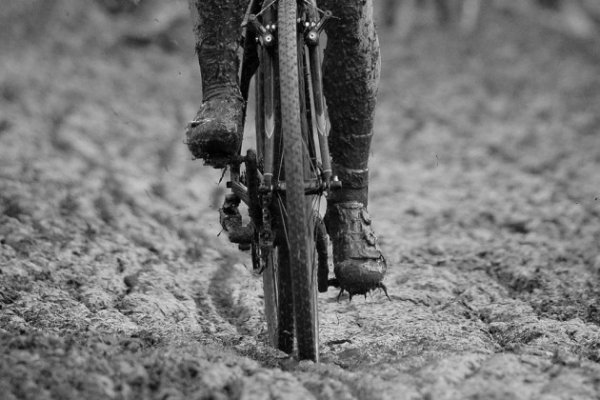 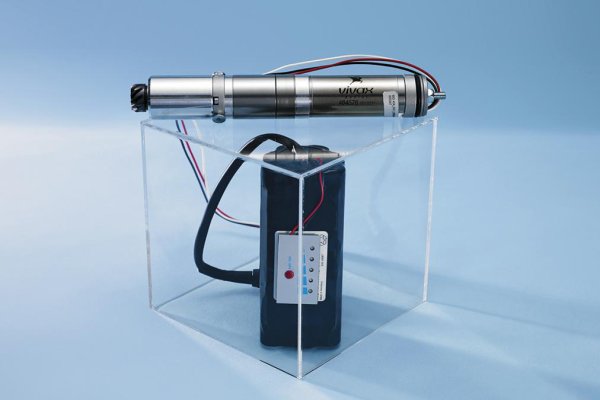 [b]Financial Times December 2015
[/b]
The brand new GOAT Race was out on show at Box Hill,
being tested by Tom Robbins, Travel Writer/Editor from the Financial Times.

The article was published on [b]Saturday 16th January 2016 in the FT Weekend Newspaper..